A few inspirational quotes to keep you going... 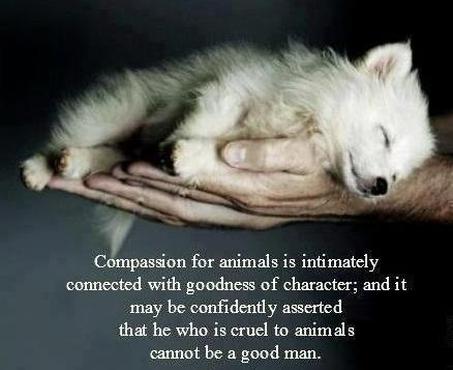 Fighting for animals is an exhausting and demoralising life-long commitment. The fact it is necessary brings nothing but shame on the human condition. But to die knowing you fought on the side of these innocents, the voiceless and the trusting little ones - is to die after a life well lived!  ~Anon.

"By all lawful means, to prevent cruelty, promote kindness to and alleviate suffering of animals." Mission statement of the RSPCA - how inspiring!


The woods were made for the hunters of dreams,
The brooks for the fishers of song;
To the hunters who hunt for the gunless game
The streams and the woods belong.
~Sam Walter Foss


Teaching a child not to step on a caterpillar is as valuable to the child as it is to the caterpillar. ~Bradley Millar


The assumption that animals are without rights and the illusion that our treatment of them has no moral significance is a positively outrageous example of Western crudity and barbarity. Universal compassion is the only guarantee of morality. ~Schopenhauer


To a man whose mind is free there is something even more intolerable in the sufferings of animals than in the sufferings of man. For with the latter it is at least admitted that suffering is evil and that the man who causes it is a criminal. But thousands of animals are uselessly butchered every day without a shadow of remorse. If any man were to refer to it, he would be thought ridiculous. And that is the unpardonable crime. ~Romain Rolland


People crushed by law, have no hopes but from power. If laws are their enemies, they will be enemies to laws; and those who have much to hope and nothing to lose, will always be dangerous. ~ Edmund Burke


When bad men combine, the good must associate; else they will fall one by one, an unpitied sacrifice in a contemptible struggle. ~ Edmund Burke


All that is necessary for the triumph of evil is that good men do nothing.  ~ Edmund Burke 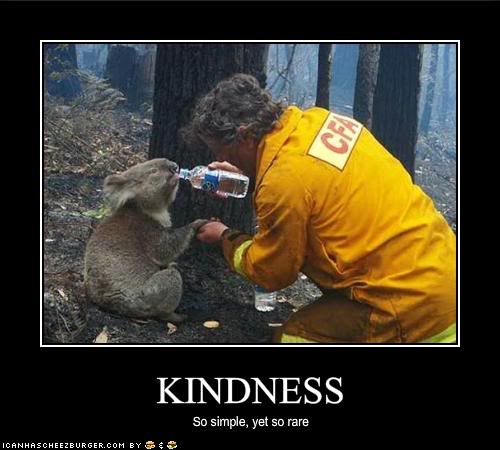